Before I launch into this week’s Quote Friday, I just wanna point out an awesome website / wedding invitation that was sent to me (to look at, not to go to the wedding….just to be clear). It didn’t make it into this week’s timewasters but IT. IS. AWESOME. And will make you cry…at your desk…in front of other people…cos it’s just so damn cute. Ketchup World, meet Jess and Russ.

Between job hunting, going for interviews and stalking the mailman waiting on a letter from Canada regarding my visa, I feel like I’ve not had a lot of time this week and am failing to believe that it is actually Friday today.

Me, reading from the book: ‘What day is it today?’

Kid next to her nods.

This week also marked the last week of random arty/science classes and as such, I have spend the week being quite arty.

Not on purpose, mind you. I got forced into teaching a ‘Clay Cooking Class’ to a bunch of 7 year olds who spoke no, and I mean NO, English. Though thankfully they all understood not to eat the clay unlike those 7 year olds I had in science who tried to lick a battery.

Here is some of the arty crap I got to make this week: 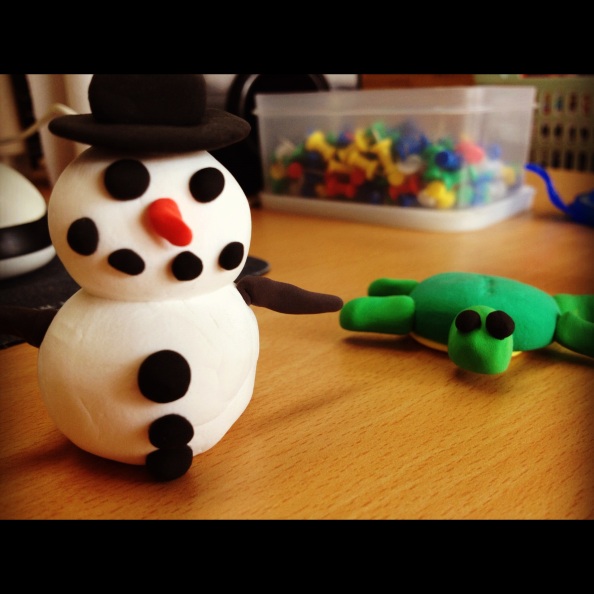 Meanwhile, The Canadian One and I had to do an airport run to pick up some newbies. 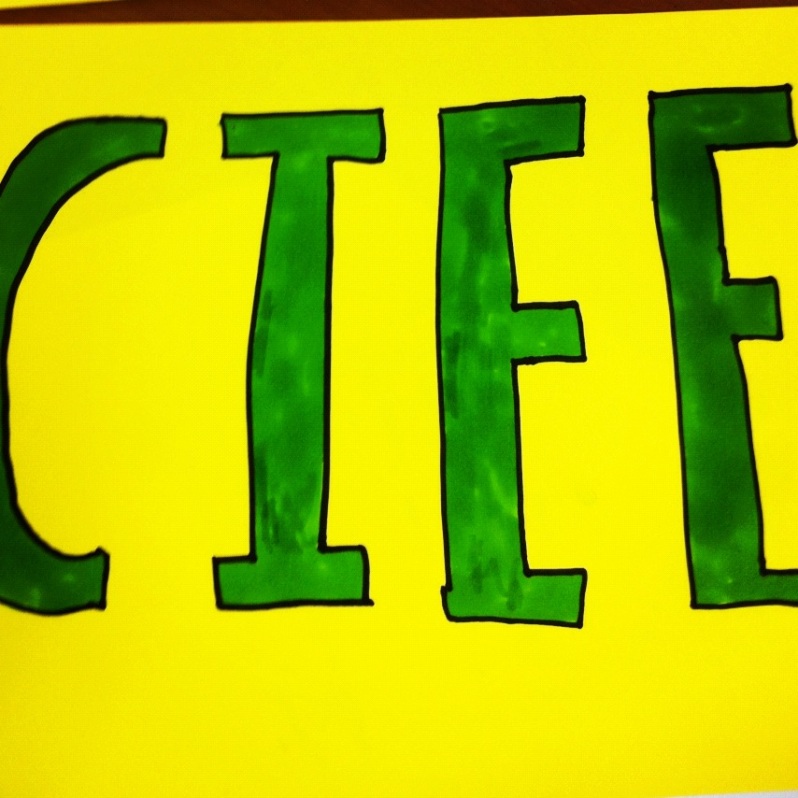 And although you may think his was better, he did look like ‘a sixteen year old waiting for Justin Bieber’ (- his words, not mine) and I didn’t.

I often wonder exactly what The Canadian One does all day at work. Luckily, his 6 year old kindergarteners write about it.

And with that he leaps from his seat into the middle of the classroom and starts disco dancing.

From The Canadian One:

The Canadian One: ‘Are you sure you’re a book helper?’ (to a kid handing out books, a job for kids dubbed ‘Book Helpers’)

After a listening task, I stop the CD.

Me: “Is everyone OK? Do we need to listen to it one more time?’

Splitting the class up for a game:

I look at him.

Lucas: ‘Kevin is not smart.’

The Canadian One: ‘Why is there bread in the recycling?’

Me: ‘Ohhhhh, yeah, I sometimes get confused in the mornings and I had the bread and the plastic thingy and I…I just put it all in the recycling.’

He stares at me.

Me: ‘I also put my pen in my lunch box….I’m not so good with the morning time.’

The Canadian One, after I explain why I need help downloading something: ‘You need a life coach.’

For more Quote Friday’s, check out: