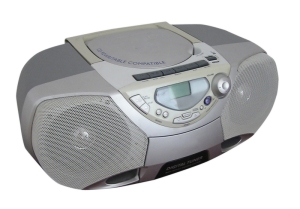 I once whacked a child across the face with a CD player. His name was Blake. He was five.

It was my first year of teaching and I’d been placed in a Kindergarten school named Wonderland. I spent my mornings teaching two back-to-back 90 minute English classes to a group of 5 year olds and a group of 6 year olds respectively. It was in the former, at roughly a minute into class, that I hit him.

The thing is I really liked Blake. He was smart, never spoke Korean, had wonderful comprehension skills and he was genuinely a cute lil kid. Round head, hair that spiked out, always smiling, even as he hit the fake-wooden floor in the classroom.

My eyes widen as I realized what had happened. Blake may have been cute but he was sneaky. As I entered the classroom and set down my CD player on the desk, he’d tiptoed up behind me and stood very very still. When I decided moments later to move said CD player, I picked it up, spun quickly and knocked him on the side of the head, just under his eye.

Dropping the CD player back onto the desk, I rushed to his aid as he bounced back up with all the exuberance and resilience that only a small child could have. If I were to be floored by a CD player to the head today, I’d probably just die. Although I was once hit by a falling steel pole from a ceiling in a conference room. I became confused and was ordered to the emergency room, which was unfortunately in the next town over. Not feeling like travelling, I insisted I was fine, an underling was ordered to watch me for ‘signs of a concussion’ while my manager went ‘out’ and I lay on my desk on my job-before-teaching for the remainder of the day while an IT guy fixed my computer.

I asked Blake if he was ok. He smiled and said ‘yes’, his eye already starting to puff up. Other than the slow, swelling brewing on the side of his face, you wouldn’t know anything had happened to him.

I darted from the classroom in search of my co-teacher for the class, a very serious teacher by the name of Sammi.

Sammi and I shared two kindergarten classes and a few after-school elementary classes. We weren’t friends. I barely knew her despite working with her for 6 months at this point. She was in the middle of class and I knocked and entered before she’d even had the chance to register I was there.

“Hey, I…there was an accident in my class.” I blurted out, flapping my arms.

She looked up at me from the homework book she was correcting.

“Blake is hurt. Sort of.” I continued.

She ushered me outside and we stood in the hallway.

“I hit Blake with a CD player.”

One look at him and Sammi grabbed him and took him to the nurse…AKA the receptionist.

Blake returned to class 30 minutes later, his eye significantly bigger, the assistant frowning at me slightly, me breathing a sigh of relief it was Friday.

The weekend was spent prepping the Haunted House in the school gym and with me explaining how I hit a kid with a CD Player to the other.

“Marcus?!” would be the reply everyone responded with.

“WHY would you hit Blake?! He’s so lovely!” would be the reply everyone responded with.

Hitting Marcus would have been forgivable though, even if it wasn’t an accident. My boss had condoned hitting Marcus as a punishment one day but I’d opted against it. I just can’t hit a small child. I mean on purpose. Marcus, in the same class as Blake, was a nightmare. He’d hit other kids, teachers, me. He bit me once. (The most coincidental moment of that incident, a month into my teaching career: My boss: ‘Have you had a tetanus shot?’ Me: ‘Yes, I got it with my other shots before I came here. I told my doctor I was moving here to teach Kindergarten and she told me to get a tetanus as little kids bite.’) He’d also stabbed me with a pencil in my hand and later, after I’d moved to another school, took a knife with him to Kindergarten in his backpack.

Monday morning, Halloween Day, it was all go-go-go. The parents are coming in to watch a show we’d been prepping for what felt like weeks, everyone needed to be in a costume, we needed to practice, I needed to bribe the kids to not mess up with candy and stickers.

Standing the Teacher’s Room getting ready, I turn to find Sammi making her way towards me.

“How’s Blake? Is his mom mad?” I said, a slight undertone of panic in my voice.

“Just…she is not happy today is the Halloween show and he has a big eye.”

“You should stay away from her. She speaks English.”

And off Sammi went, leaving me to figure out how on earth I was supposed to know who was Blake’s mom.

The Halloween Show went off without a hitch…well, no one was hurt during it and nobody fell over which was a step up. The moms seemed pleased. One came up and thanked me in English. I was so nervous over whether or not it was Blake’s mother, I froze and just smiled and nodded. Sammi ushered me out of the room and back upstairs with the kids to eat candy and play games.

Several months later, I’d approach Sammi with a problem student in my Grade Five class and her suggested solution: “You should hit him on the head with the CD player.”