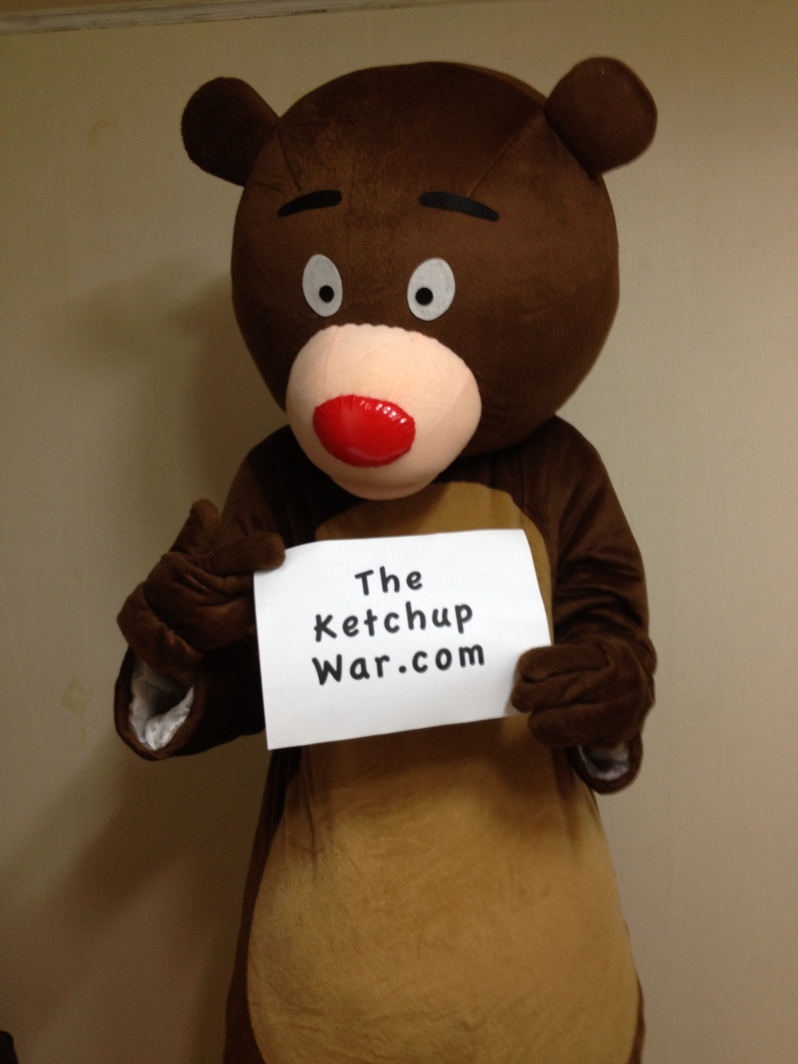 For anyone who’s been following, last week, I wrote about fiverr.com and the strange and usual things people offered to do for a fiver. You may well remember, in the spirit of this, The Canadian One came up with a rather unique idea: he would don a bear suit and dance to a song of your choosing for 30-40 seconds while holding a sign with whatever you please on it all for a fiver (£5/$5/5,000krw/5Euro) with the money to be donated to the Canadian Diabetes Association.

Why the Canadian Diabetes Association?, I hear you ask. Well, because not only is The Canadian One Canadian (let’s not judge, not everyone can be Irish) but he is also diabetic. Now, my mam tells me stories of how she once dated a guy who was diabetic in her younger days. One time, while out for a drive, he suffered an attack of low-sugar. The crisis was averted with the help of a chocolate bar and they both lived to tell the tale. She had always advised me if anything ever happened The Canadian One, give him some chocolate. Not a lot. Just maybe a small bar of chocolate. It won’t kill him, in fact, it could save his life.

The Canadian One doesn’t drive. God help us, crossing the road here is dangerous enough. BUT he has suffered sugar-lows while we’ve been out and about and I have been well-versed in how to deal with such a situation.

Find sugary carby food. Feed him sugary carby food. Wait. Do NOT under ANY circumstances panic and feed him lots of sugary carby food. Continue waiting. After 20 minutes he should be ok. Ta-Da!…Receive muffin as thanks for life-saving act of heroism. Aaaaand that’s an accurate depiction of The Canadian One’s British Friend’s birthday party this year. I fed him naan bread. What, we were in an Indian restaurant?!

The Canadian One tells me the story of, while in Korea, he once happened upon a diabetic acquaintance having a sugar-low in a bar he was frequenting. His friends weren’t really doing anything to help him. Not out of maliciousness, I must point out, more just because nobody knew exactly what to do to help him.

So, to put it simply, usually, in the case of  hypoglycemia (low-sugar attack) you’re recommended to give a diabetic person a glass of orange juice or water with some sugar in it (or naan bread but only if you’re at a birthday party in an Indian restaurant in Seoul).

To spot a person with hypoglycemia, they will be shaky and confused. Their pupils may be giant. They will become dizzy and disoriented. They will be sweating a lot and be clammy to touch. They may complain of being hungry and become very irritable, especially when you try to help them. Do not be put off by this. Just like how snoring is apparently ‘not a reason to put a pillow over their face and see what happens’, being annoying is not a reason to let somebody slip into a diabetic coma.

If you suspect someone may be hypoglycemic and they are awake and alert give them orange juice, water with sugar (put a sugar packet into water and stir it about) or food (NOT A LOT OF FOOD) and wait, patiently, keeping the person out of harm’s way while waiting. If the person is unconscious, seems incredibly confused or you panic, call an ambulance.

Did you know? It’s predicted that by 2030 more than 400 million people worldwide will live with diabetes. 400 MILLION!! There are only 33,476,000 (in 2011) people living in Canada! I know, I’m as surprised as you are that there are that many people in Canada…No? Just me? Comparatively, there are only 6.4 million people (approx) living in Ireland! Two countries, and still, we don’t reach that number of people in general, let alone people with diabetes!

If you want to get involved in helping raise money for the Canadian Diabetes Association, send us your song request and what you want your sign to say along with preferred method of payment of the fiver (theketchupwar@gmail.com). We accept all currencies (unlike some parts of Frankfurt Airport) and we like Paypal. We’ve so far raised $10…but to be fair, $5 was me! Ohhhhhh but it was so worth it to  raise money for an important cause! I’ll put up the second video tomorrow in Tuesday Timewasters but for now, check out the video below!