So, four months ago we moved to Canadaland from Seoul and, almost two months ago, we added to our family in the form of a very small, astronomically fluffy, likes-to-steal-and-eat-people’s-croissants Kijiji kitten. And oh, how my life has changed. I’m now the girl who sneaks ninja-like down the hallway so as not to alert the cat to my awoken presence in the middle of the night. I can’t leave food for more than five seconds without it being commandeered by Captain Louie and everything I own has been reclassified as a ‘toy’.

As for writing, there’s one very important thing you need to remember about writing with a kitten in the house:

You can’t. You won’t. You can try but you won’t success.

And most of all, they don’t care when you want to write. This article took far longer to write than it should have. Why? 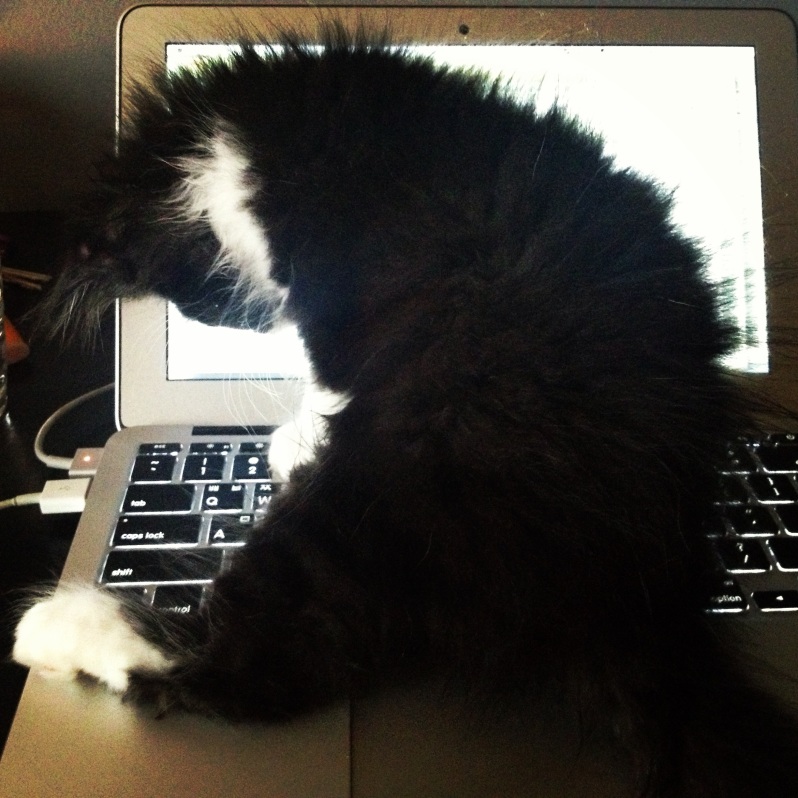 In his first few days of living with us, he was afraid of everything.

Scampers from the room like it was the end of the world.

A tiny ant on the floor?

Don’t even get me started. 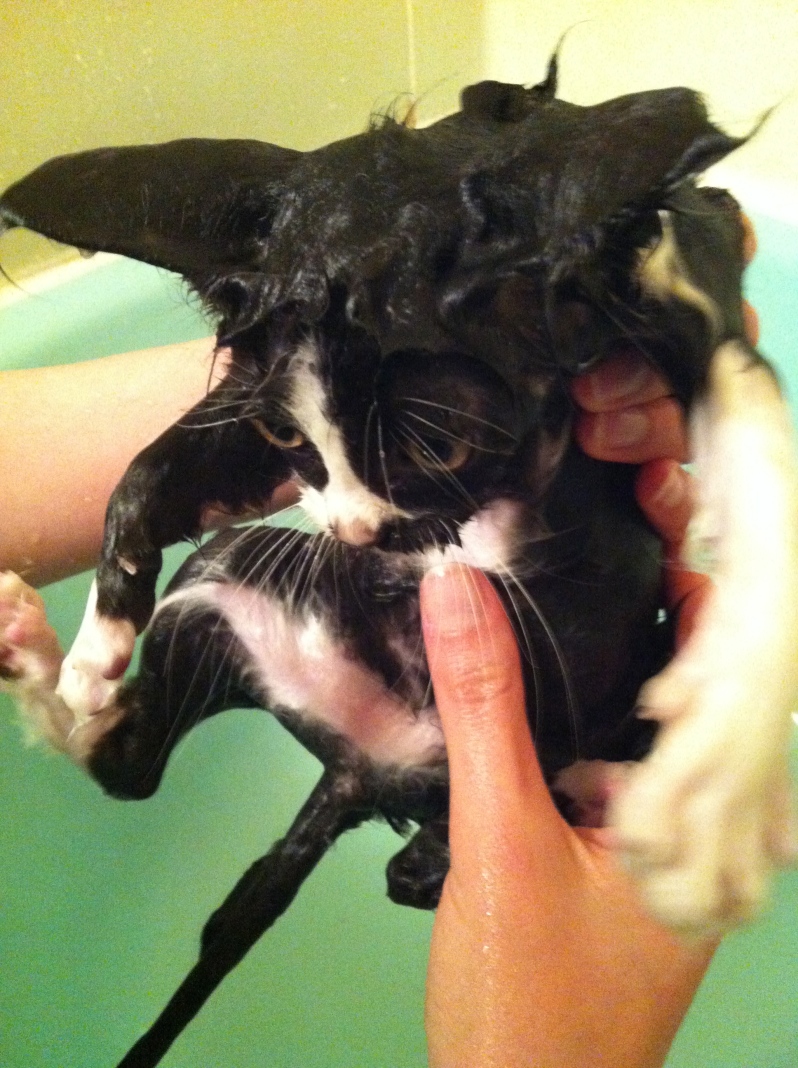 To be fair, look at what we did to him. If that’s not a ‘you wait til I grow up I will kill you in your sleep’ look, I dunno what is.

Being thrown onto the bed doesn’t suit him either. Check out his best WTF look he constantly gives me: 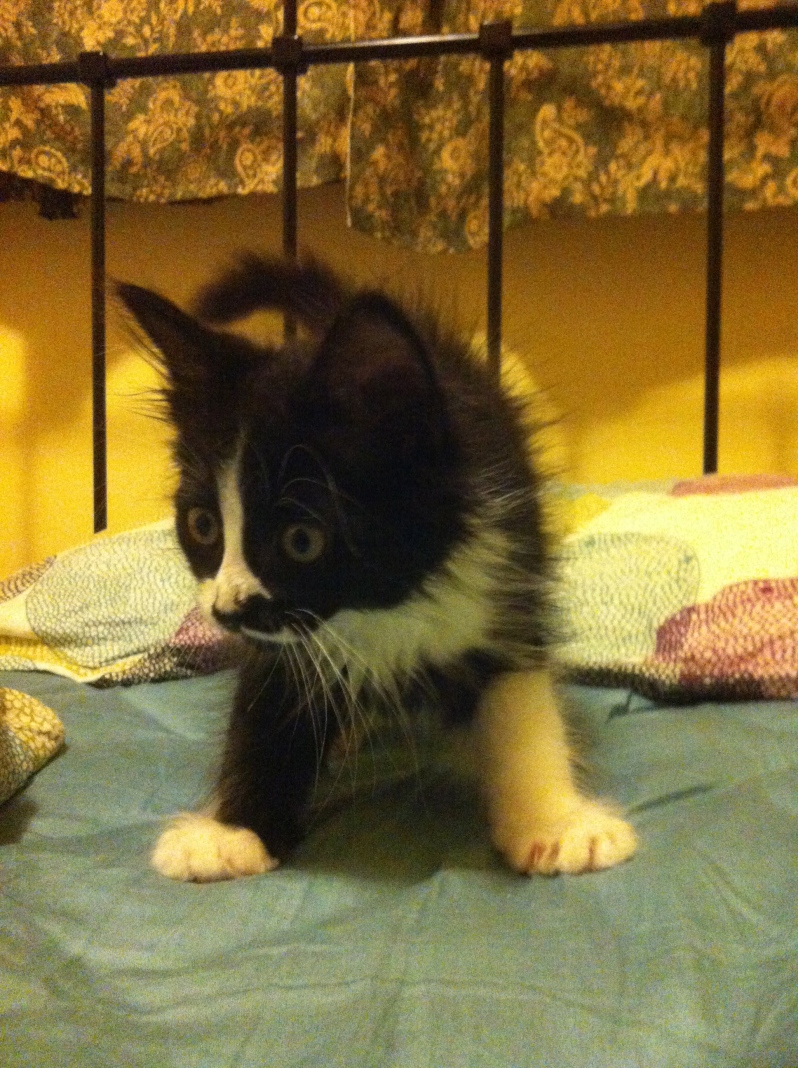 What’s he NOT scared of? I hear you ask.

The water bottle. The lamps. My handbag. The printer. He could be anywhere in the apartment, doing anything and as soon as the printer whirrs to life, he’s next to it examining it like it’s a crime scene. Oh, and the screen door, his obsession with the screen door is growing by the day. Here he is doing his daily impression of Spiderman: 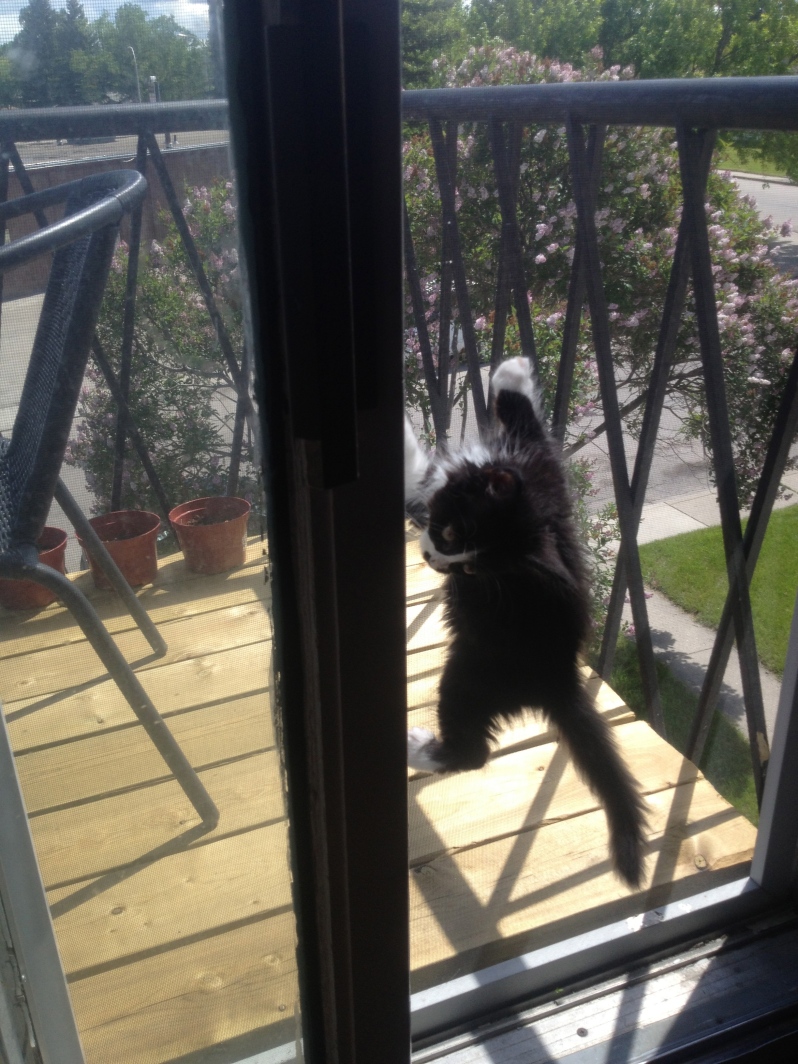 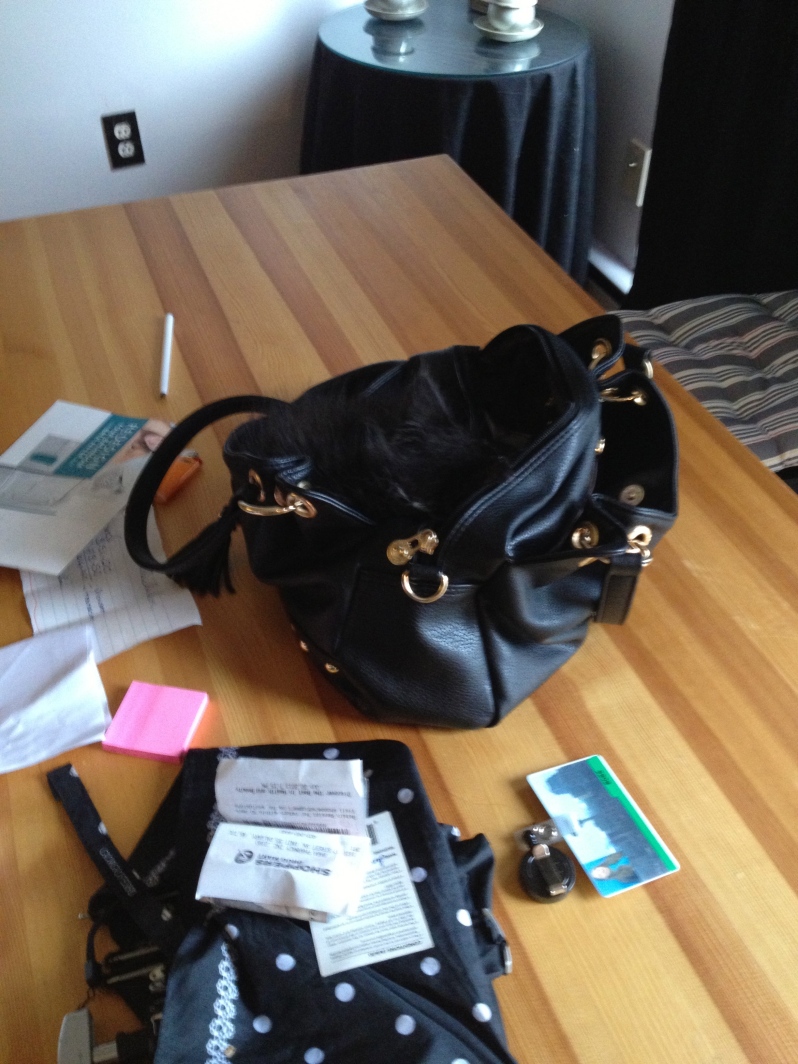 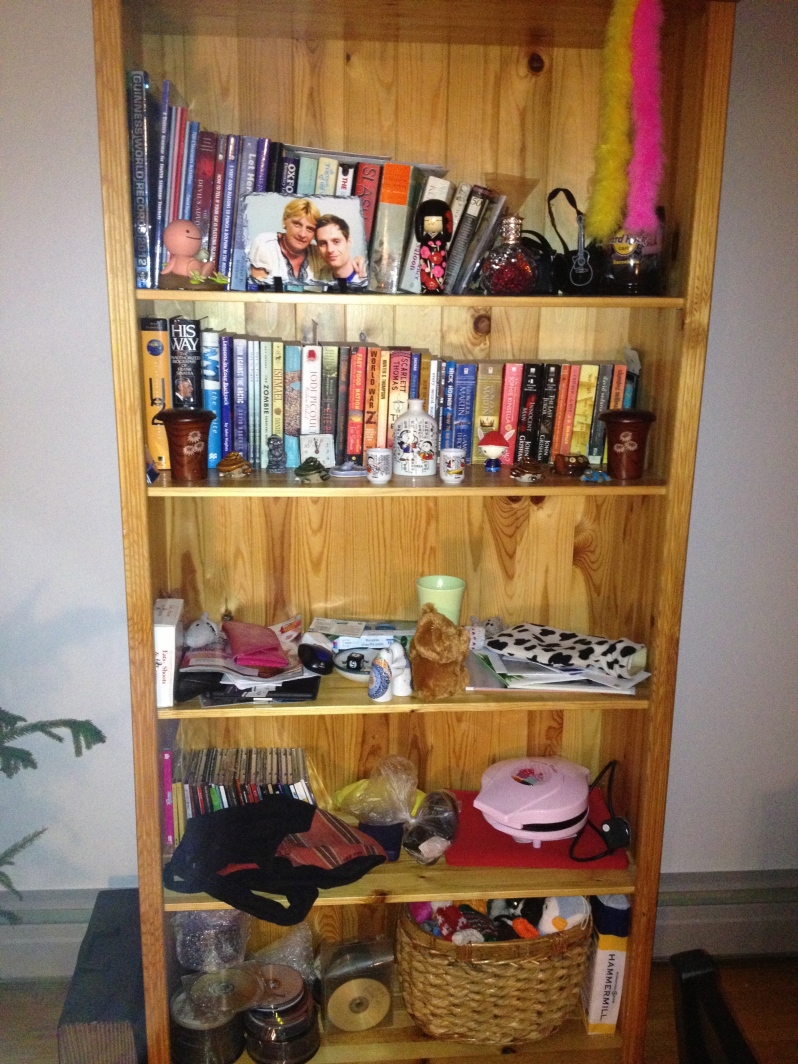 As for cooking…well, it’s a little hard when he insists on doing this in the middle of the kitchen: 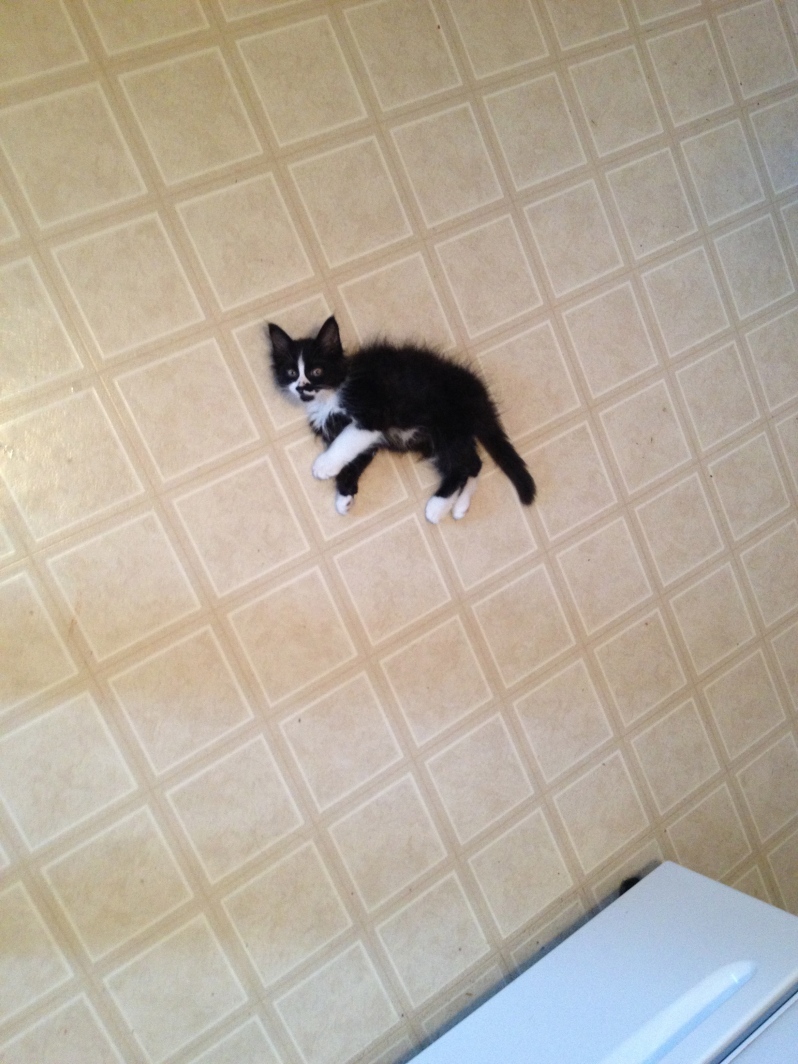 And he cries. Oh my goodness, has he nailed the crying malarkey. At the beginning he was so quiet, I though there was something wrong with him. Now, like a two-year-old who’s discovered the word ‘no’, he’s learned can cry and wants to practice as much as possible. I can’t pee without a scratching on the door followed by a high-pitched whine. At night, he screams so loudly, you’d swear he was being stabbed right there in the comfort of our living room. 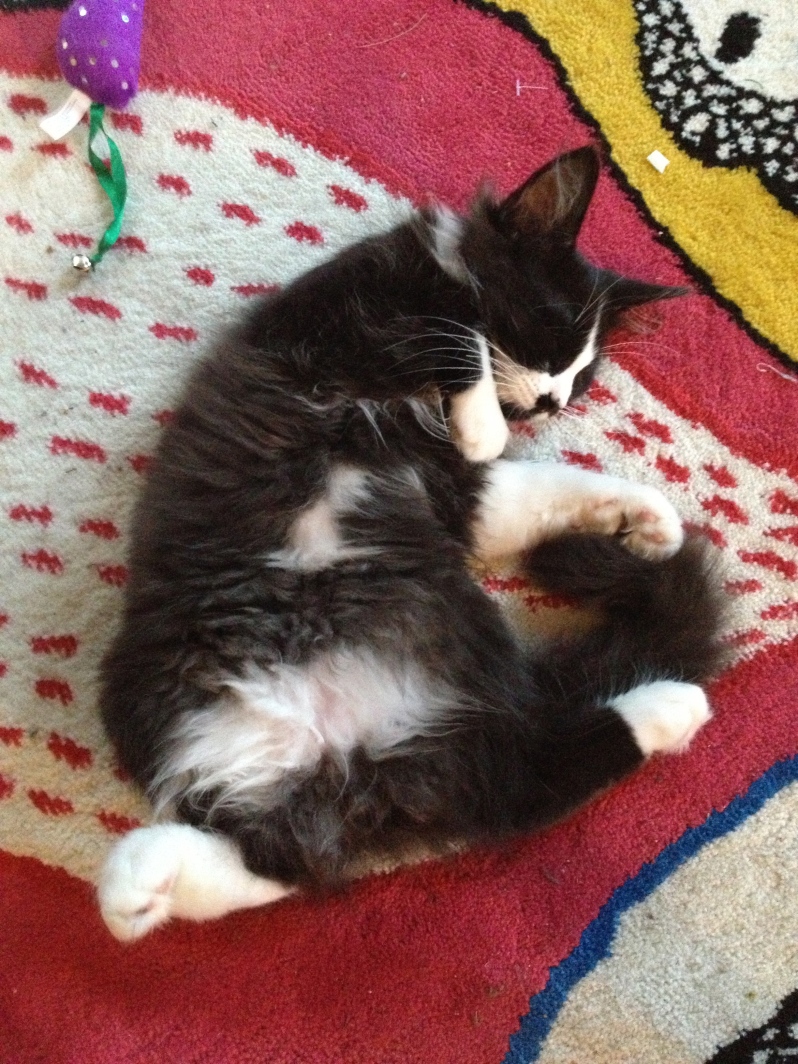 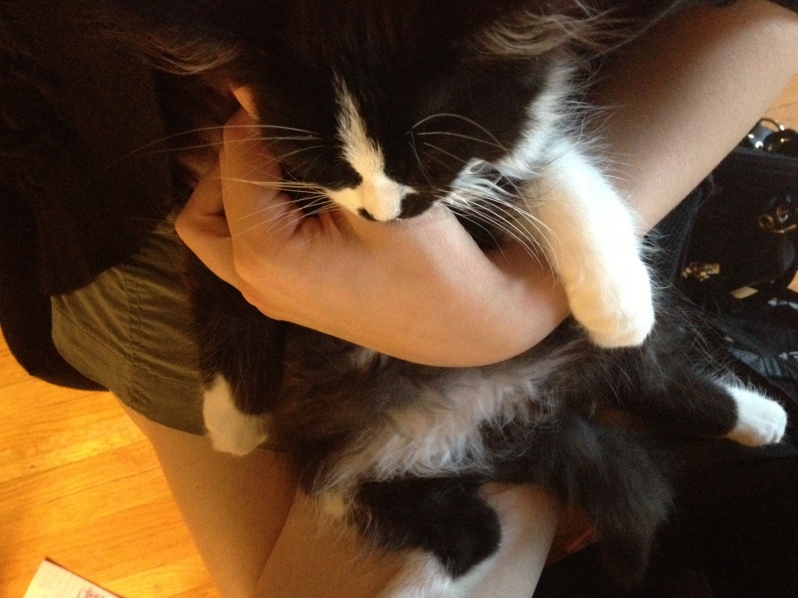 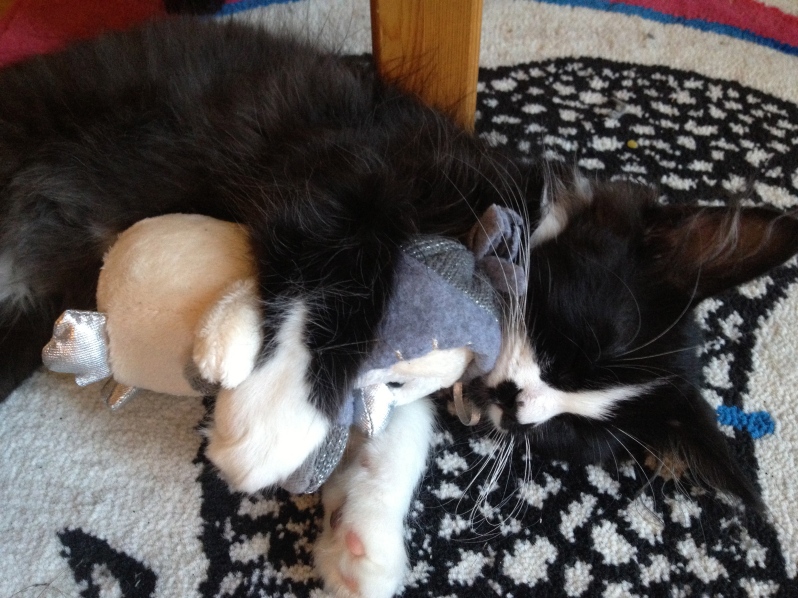 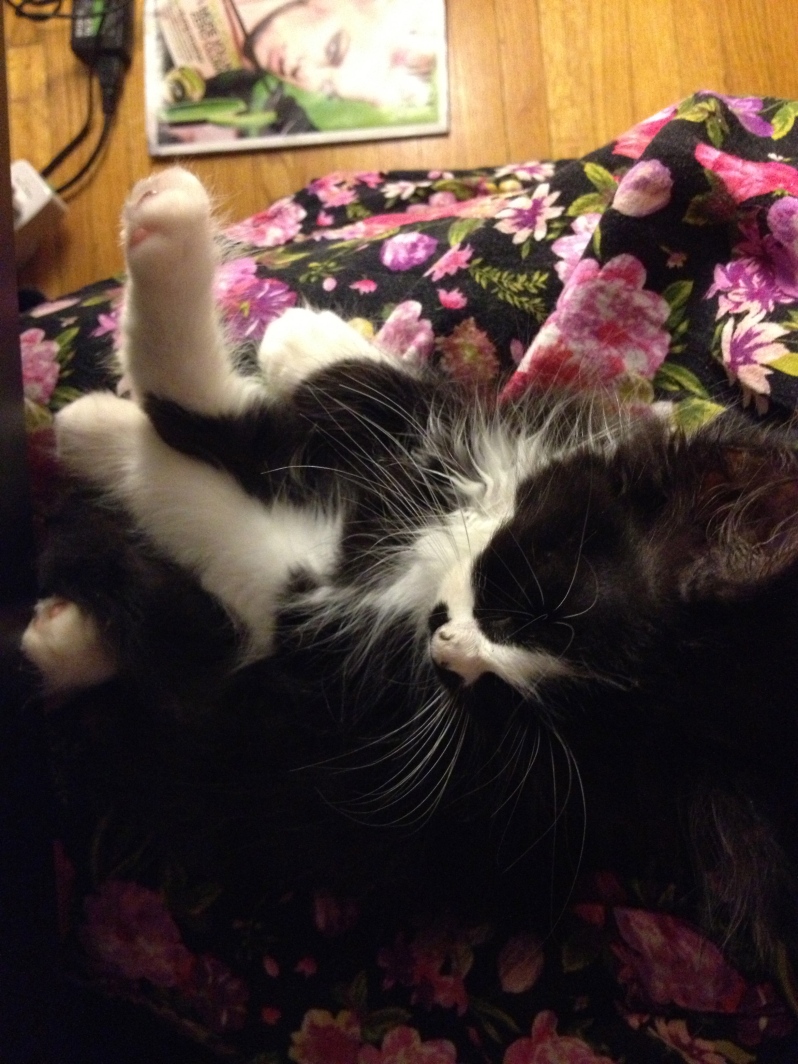 In saying all that, before we had a cat, when I heard a noise in the middle of the night, I’d immediately think ‘murderer’!

Now when I hear a noise in the middle of the night, I think ‘I really hope that wasn’t my laptop hitting the hardwood floor’.

For more on Louie check out Meet Louie.