It’s been eight weeks since The Canadian One and I swapped The Land of The Morning Calm for The Land of The Maple Leaf but there are some mornings when I wake up just a little teeeeeny bit confused about which country I actually live in.

Take my 5 minute journey from our house to the train station in the mornings: 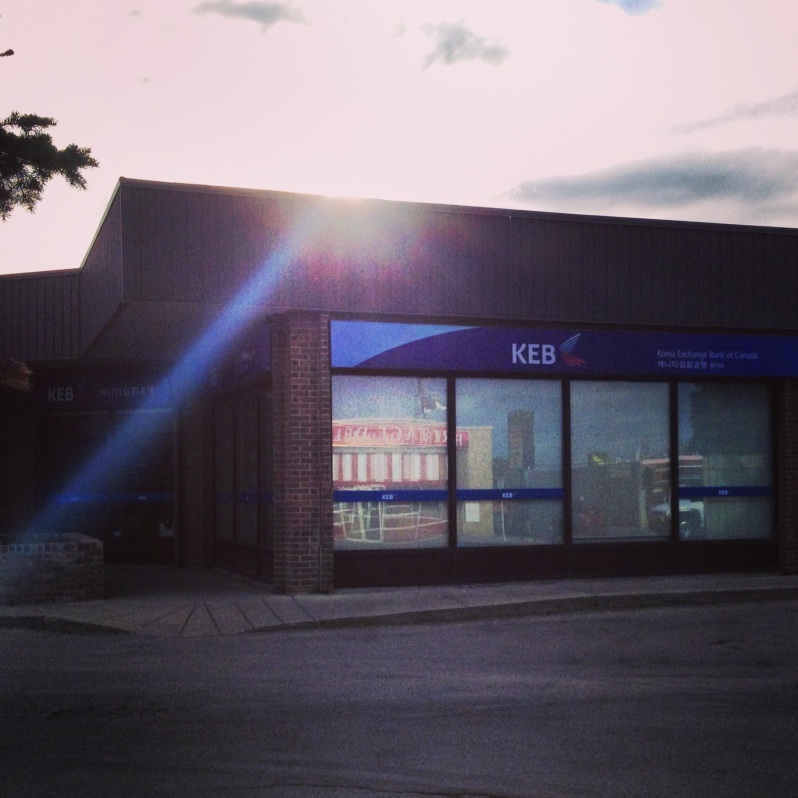 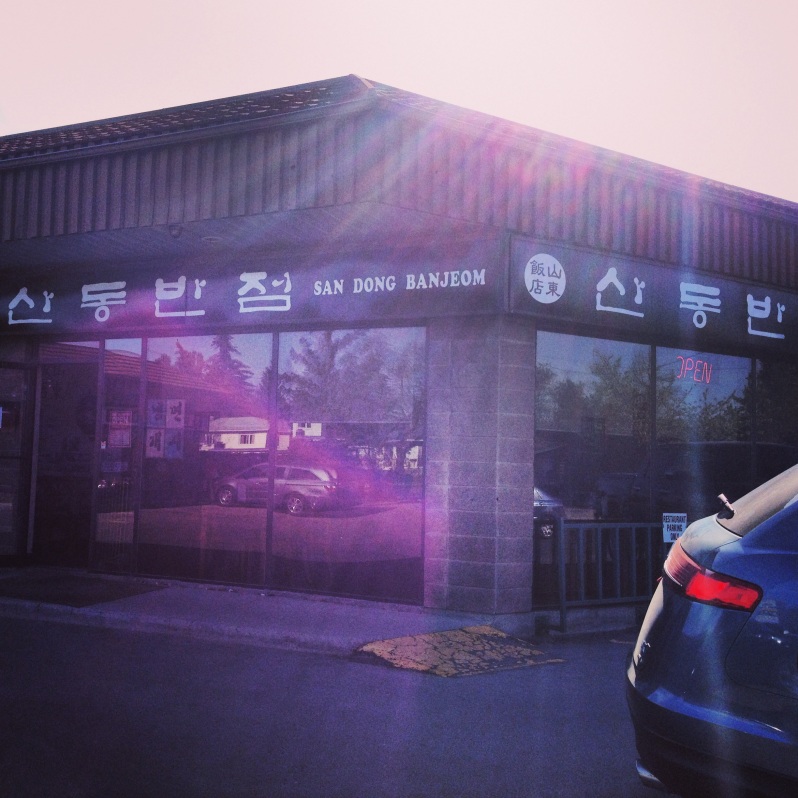 On the train I also pass a bunch of Korean stores, a Korea hair salon, Bow Bul Go Gi restaurant and Insadong BulGoGi restaurant. Oh and that E-Mart is exactly like our mart in Korea. EXACTLY. It’s weird. And freaky…Mainly freaky.

Then take our lunch at the weekend: 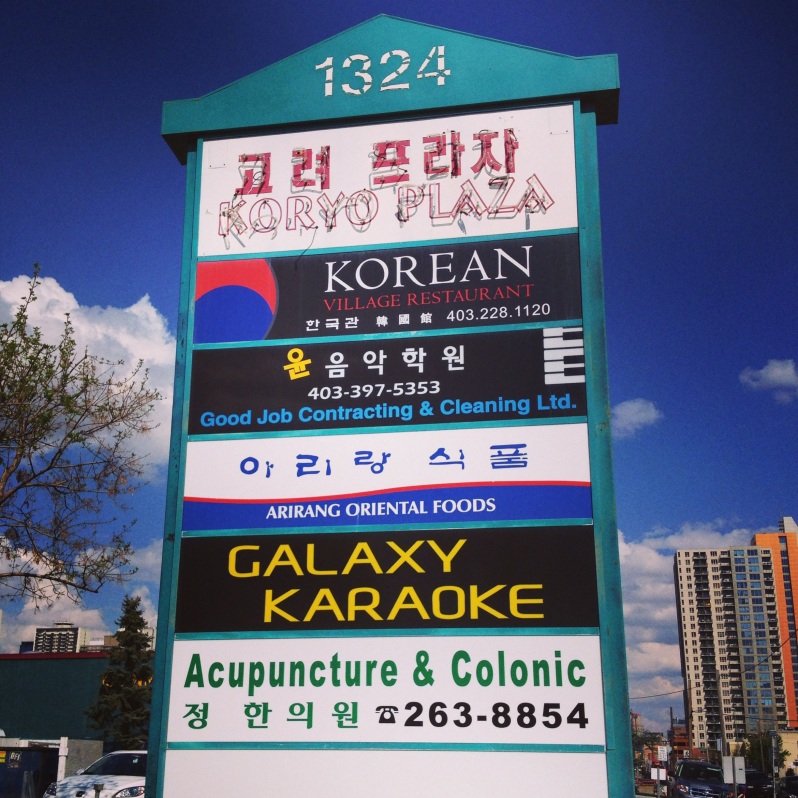 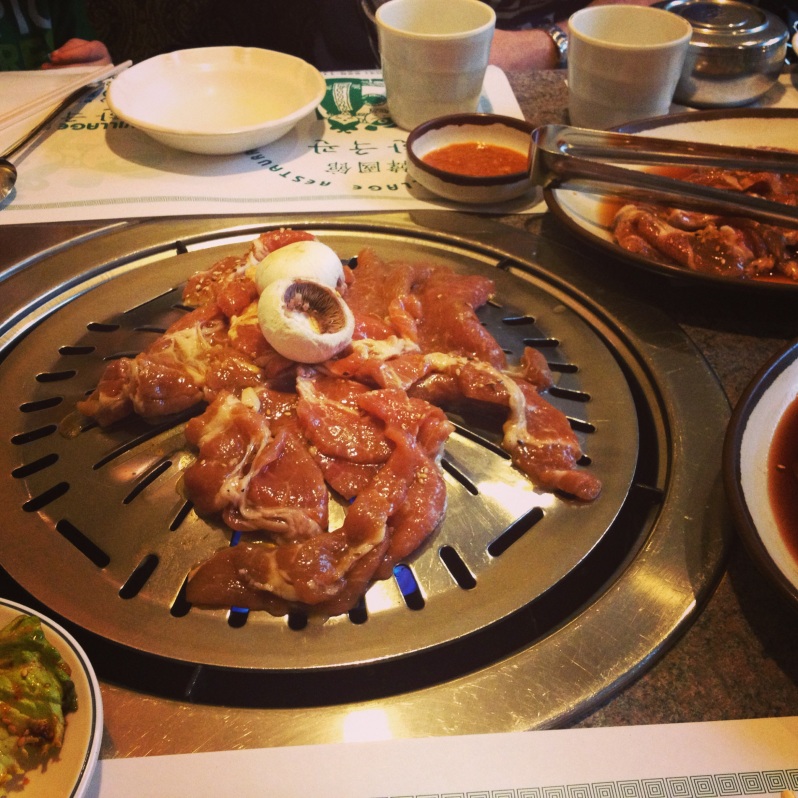 There’s also a Korean man who owns our mini-mart (he’s from Gwang-Ju and watches Korean soap operas on a small TV under the cash register), a Korean man who owns the liquor store (and sells Soju for $10 which should be a crime) and there were a bunch of Korean youths playing football in the car park opposite our house last week all yelling at each other in Korean. I felt like busting out my teacher-stare and my Kindergarten ‘shut up and be quiet’ in Korean phrases.

It’s sometimes hard to remember we DID actually leave Korea.

Leave a Reply to The Otter Cancel reply