Fearing imminent laptop overload, I went to Costco before school today to pick up a new hard drive. I figured it would be a lengthy process as A) I live in Korea, B) I’d lost my card and was trying to figure out how to explain that to the customer service staff in English and C) statistically things you have to do in a hurry will always take twice as long.

Now, whereas I made the elementary mistake of buying a coffee right before I went into Costco thus requiring the staff to frantically hand signal to me that drinks weren’t allowed leading to me having to knock back half the coffee and then throw the rest away, what I actually should have done for the ten minutes that I was planning on being in the store was this: 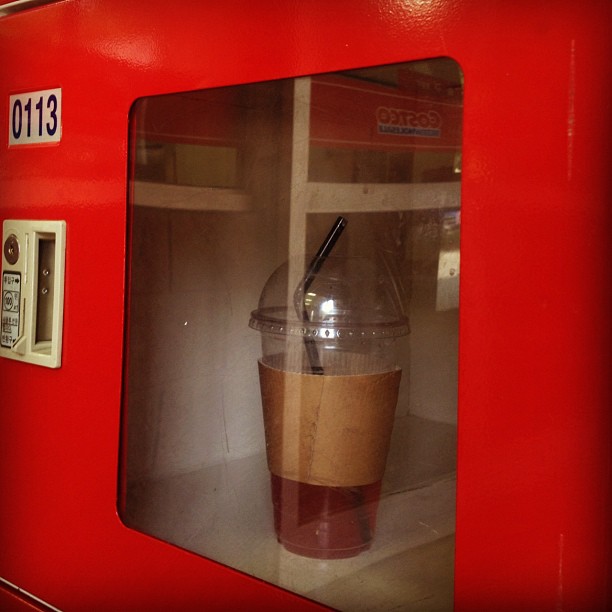 Checked the damn thing into a locker and resumed drinking it on my way out roughly TWELVE MINUTES LATER.

It was one of those moments of walking out of the store, catching a glance at the locker area and thinking….ohhhhhhh…yeeeeahhhhh, that’s what I shoulda done with the $4 coffee I just bought.