The last time I saw my mother was December 14th 2013, the day before her birthday. She was crying as we parted at Calgary Airport. As I watched her go through the gated area and head to the line for security, her head suddenly popped back behind the security agent so she could wave to me one more time. For a moment, a thought enveloped my head, ‘What if this is the last time I ever see my mother?’.

Of course, there was no reason to think this. She was 54 at the time (turning 55 the next day). She was planning to come visit me in Canada again. The Canadian One, my mother and I had just spend a week celebrating a mini Christmas. We chose a day. We celebrated Christmas. We woke up early. We had gifts. We ate turkey and stuffing and all the trimmings all cooked by her. We drank a lot and ate too much and I tried to figure out how to make my new food processor work.

I successfully chopped a carrot.

I was very excited. 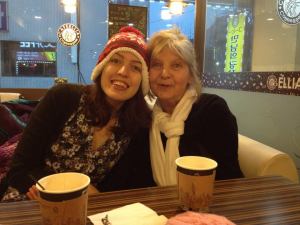 It’s a story not worth going into now.

It was one of many and it had come to a boiling point of no return.

And I’m positive neither of us thought it would be forever.

He lives in Dublin, Ireland.

I live in Calgary, Canada.

He never calls me.

Our mother, who’d recently had hip surgery but had already been released from hospital earlier that week, was taken back into hospital less than 24 hours previously suffering from pneumonia, my brother told me. The doctors have said it’s 50/50, my brother explained. If 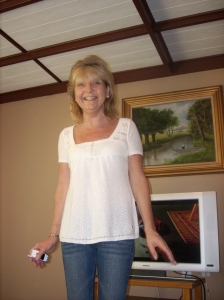 the antibiotics don’t work, it’s game over, he continued.

Will she die? Tell me exactly what the doctors said. Should I come home? I asked, sinking into a soft couch in the lobby of the tower that houses my office.

No. No, he said. Let’s wait. The doctors say they will update me at this time tomorrow. But if this doesn’t work, that’s it. Game over.

He said it again.

I agreed not to come back. He didn’t seem overly panicked and seemed to have things in hand so I headed up to work and said I would check in with him in a few hours. I told my manager what was happening and started to make arrangements in case I had to leave with short notice. Transferred files onto a shared drive. Finished off some pending work that needed to be done that week. Made a list of all the things I needed to bring in case I was in a state of panic when I got the call and needed The Canadian One to pack for me.

Middle of the day, no updates. My brother had left the hospital and due to the time difference was asleep most of the time I was awake. I assured my manager that the doctor’s update was at 7am the following morning and that I would be in work (as I work at 7am) the next day. 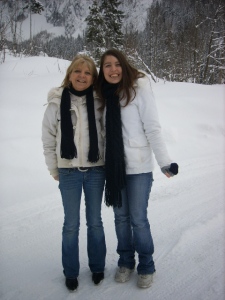 And that’s when I heard it.

It started to ring.

I knew right away.

I knew it was not good.

I knew I was getting on a plane.

My brother called my phone again and told me when he got to the hospital three doctors took him into a room and sat him down. It was at that moment he knew things were f*cked. He went on to explain she was on life support. The antibiotics didn’t work. She had anywhere between 24 hours and a week left.

He was alone at the hospital.

I was the only person he had called.

Promising to call back with my flight details shortly, I hung up the phone, grabbed my computer, woke The Canadian One and sent a message to my mother’s sister to get her to call me. I didn’t know her phone number. By 3:40am I was booked on a one-way 10am Westjet flight to Dublin from Calgary via Ottawa and St. John’s, had spoken to my aunt who called her two brothers and they were all on their way to the hospital to be with my mother and brother. 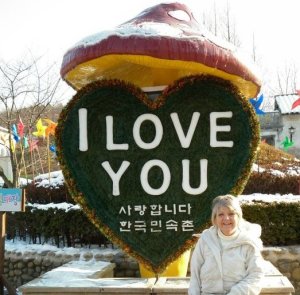 The Canadian One took my packing list and started finding stuff. I located all the credit cards, took every piece of ID I could find, I text my manager and was trying to get in contact with my friend in Ireland to get a ride home from the airport. I was due to arrive at 7:15am. She said she’d pick me up.

It was decided The Canadian One would stay and care for the cats and follow me if she died. There was no use both of us being off work for the next however-long.

At 6am, there were no new updates and I had checked into my flight online and picked my seat. I was in the middle seat for my first flight but the aisle for my next two.

I could live with that.

I planned to nap.

By 7am, I was at the door, ready to go. There was an eerie calmness that came with my extreme panic. I had stopped processing new information and the only task was the task in front of me.

We needed petrol for the car.

Where do I leave my bag at check-in?

Is that my gate?

I waited in line for security, the same security I had bid goodbye to my mother at exactly 2.5 years earlier. I wondered if I should be crying. I wasn’t.

Should I be crying?

Should I be more panicked?

How am I supposed to feel?

The security agent said to go to the left but the right looks shorter. What do I do?

Am I doing this right? I feel like I should be more panicked.

Is that my gate?

Oh, I remember this place. There’s a Starbucks here. Isn’t there? Do I want coffee? Maybe I should have a Jugo Juice.

Should I have a Jugo Juice?

Do I need to pee?

I should call the bank and tell them I was going to be in Ireland with my cards.

I bought some glucose tablets and ate one.

I wasn’t hungry but I also didn’t want to deal with a low-blood sugar migraine.

At 9:13am, my brother sent an update that she only had a few minutes left. He was in the hospital room. I didn’t call him. It seemed inappropriate. If he could have called, he would have.

I waited for another update.

I boarded my plane.

I found my seat.

In the middle between two people.

I stared at my phone.

I put my phone into airplane mode.

I stared at it.

I took it back out of airplane mode.

Should I put it back into airplane mode?

What if something happens?

What if I need…

…It lit up and started to ring.

It was my brother.

I looked out the window.

He was still talking.

I didn’t know what to say.

I think I asked if he was OK.

I had to turn off my phone.

I said once I’m in the air I would email him.

I text The Canadian One and then turned my phone back into airplane mode.

I stared at my tray table.

I stared at the back of the seat in front of me.

We started down the runway.

I had no idea what to do.

As I burst into tears uncontrollably I suddenly remembered that although I had had the foresight to bring tissues onto the plane with me, I did not think to keep them with me. I looked up at the overhead storage above me, remembering my bag is up there.

I started wiping my face on my cardigan, soaking it.

Out of the corner of my eye, I see the woman next to me start frantically searching in her bag. She’s pulling things out. She’s moving things around. She finds a little packet of tissues with two left and silently gives me one and then the other.

I sat on the plane with four hours ahead of me, drying my face and clutching my phone.

I stared at the tray table in front of me again.

I tried to calm down.

I tried to stop crying.

I tried breath normally and to focus but it was useless.

All I could think was… 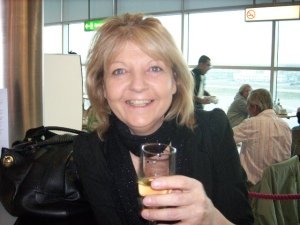